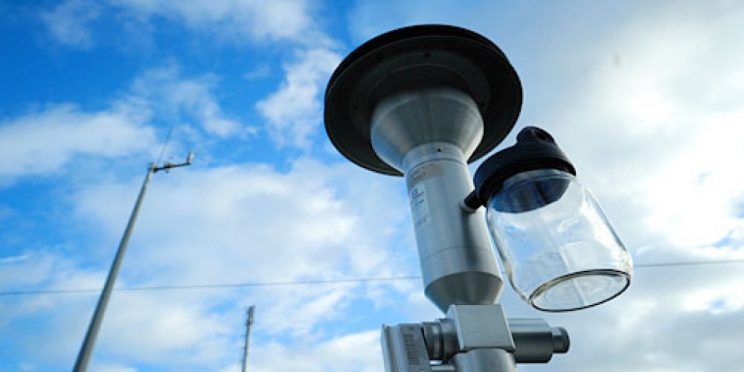 In the context of the New Innovative Entrepreneurship Program of the Ministry of Economy and Finance, Technologist of LINK Technologies Telelog, with the University of Athens, implemented the advanced Measurement System for Pollutants and Meteorological phenomena in Urban Environment.

The goal of the system is to provide a more accurate forecast of weather or dangerous weather phenomena. In recent years interest in studying the relationship of climate and microclimate changes with the pollution (atmospheric or noise) of cities and their distribution in the field of a city is particularly high.In the built-up urban environment the traffic density is higher and the concentrations of gases from the exhausts of cars are higher than in the peri-urban or rural areas. Consequently, exposure of the population to increased concentrations is even higher in densely populated urban areas, and as the statutory air quality limits for health protection apply everywhere, it is of particular importance to study street level concentrations, the so-called “urban gorges” the main points of urban sprawl.

For this reason, a system was created in which environmental changes and pollutants are presented on a map type and the relationship between them. The recording and analysis of pollutants, particulates and acoustic data is analyzed and gives data on the noise level and its change with environmental parameters. In addition, the geographic information received from the geographic location (GPS) stations is recorded, the difference between them and the difference from the reference standard are analyzed, corrected and interpolated by numerical analysis in the main geographical position and corrected.

The company completed the completion of a measuring station. In particular, it incorporated all the equipment, which includes:

The unit can now be moved and installed at various points. The box is specially shaped with special openings to provide airflow to be measured. It is also metallic and grounded to protect against interference and electromagnetic noise. The system can also monitor the temperature and humidity inside the box.

At the same time, an application was created in a web environment accessible to anyone and via multiple devices (computers, tablets, mobile smartphones with a browser browser) where the data is displayed. The user can see the location of the measuring stations and their status. Through a graphical management interface, fast access to all points is possible, as well as surveillance of data. The web application supports bilingualism (Greek – English) as well as future support for new channels.The system also offers the ability to send an email in the event of an alarm triggered in addition to the visual and audible alert. The software has added the ability to issue results for any combination of search criteria (dynamically).

Results  from the implementation of the project

Skip back to main navigation